Welcome to the HOME PAGE of Blake & Dorsten, P.A. We are Nicholas J. Dorsten and Rex R. Blake, Esq. Our Clearwater criminal defense lawyers fight for the rights of the accused, and our attorneys also provide vigorous advocacy for accident victims in personal injury claims. Blake & Dorsten, P.A. serves the entire Tampa Bay area and handles select cases throughout the State of Florida. 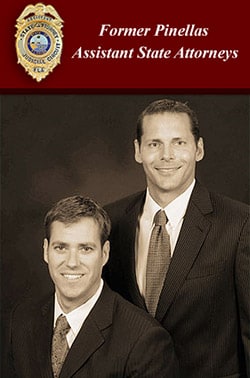 Rex Blake and Nicholas Dorsten are known for the diversity of criminal matters that they handle. No case is too small or too large. Our lawyers have tried cases ranging from traffic ticket hearings to DUI to murder! When charged with a serious offense, you need experienced attorneys like Rex Blake and Nicholas Dorsten to represent you in court. In addition, we handle personal injury cases involving car and motorcycle accidents, slip and falls, and wrongful death. From the moment that you are involved in an accident, the insurance companies are hard at work against you. Even out the odds by hiring our experienced personal injury attorneys.

When a person is charged with a crime, regardless of the severity of the crime, the prosecution is required to prove each element of the crime beyond a reasonable doubt. Our Clearwater criminal defense attorneys have experience handling many different types of criminal cases, offering aggressive representation to clients charged with drug crimes, DUI, domestic violence, probation violations, theft crimes, federal crimes, sex crimes, and violent crimes. These are all very serious criminal offenses with punishments that can range from fines to incarceration. However, you should not lose hope if you have been charged. You may have a strong substantive, procedural, or constitutional defense that can help you defeat or reduce the charge.

A conviction of a drug crime can result in significant penalties, including fines and imprisonment, and it may permanently harm your reputation. In Florida, drug crimes range in severity from a misdemeanor possession charge to felony charges for drug trafficking. Depending on the circumstances surrounding a person’s arrest, drug crimes may be prosecuted in state or federal courts. Generally, regardless of where drug charges are filed, the prosecution must prove at a minimum that the defendant knowingly possessed an illegal substance. You may be able to avoid a conviction if the prosecution cannot prove that you possessed the mental state needed to commit the crime. You also may be able to defeat the charge if law enforcement failed to follow constitutional requirements in collecting the drugs or other evidence.

Driving under the influence of alcohol is a crime under Florida law. Specifically, it is illegal for anyone to drive or be in actual physical control of a vehicle while he or she is under the influence of alcohol if it has impaired his or her normal faculties, or if the driver has a blood alcohol concentration of 0.08% or higher. Depending on the circumstances surrounding the stop and arrest, a criminal defense attorney in Clearwater may be able to help a DUI defendant avoid a conviction by arguing that the stop was improper. If the arresting officer did not have a reasonable suspicion that the defendant was committing a crime or traffic violation prior to stopping the defendant, the stop and subsequent arrest may be unlawful, and any evidence obtained during the stop may be inadmissible.

Florida laws define certain acts as domestic violence. For example, assault, battery, stalking, kidnapping, false imprisonment, or any other crime that results in bodily harm is domestic violence if the victim is a family or household member of the defendant. Family members include co-parents, ex-spouses, and people related by blood or marriage. Accusations of domestic violence should always be taken seriously. A conviction can result in serious penalties, in addition to a protective order that restricts the defendant’s rights.

Some of the crimes that fall within the category of theft crimes include embezzlement, misappropriation, and retail theft. Generally, the State must establish that a defendant charged with a theft crime intentionally acted to deprive the rightful owner of the property, either permanently or temporarily. In other words, the State must prove that the defendant possessed a criminal intent at the time of the alleged crime. Thus, in many cases, a Clearwater criminal defense lawyer may be able to help a defendant avoid a conviction by demonstrating that he or she did not mean to deprive the rightful owner of the property or that he or she believed that he or she had permission to take the property.

Sex crimes usually involve a lack of consent or an inability to consent to sexual conduct. A conviction of a sex crime may result in not only imprisonment and fines but also a requirement to register as a sex offender. The prosecution in many sex crime cases relies heavily on circumstantial evidence. Thus, the defendant may be able to argue that the evidence is insufficient to obtain a guilty verdict. In cases in which consent is disputed, whether the defendant is convicted may come down to the credibility of the witnesses on each side.

Violent crimes, which are crimes that cause physical harm to another person, are often regarded as the most severe crimes. Violent crimes include assault, aggravated assault, robbery, and rape. In many cases in which a violent crime charge arises out of an altercation, the defendant may be able to assert that he or she was acting in self-defense. In other words, a criminal defense lawyer in Clearwater may help the defendant argue that his or her acts were justified because the victim was the aggressor, and the defendant’s acts were necessary for his or her own protection.

Federal criminal charges may arise out of violations of federal laws, or they may involve crimes that cross state lines or occur on federal property. Federal criminal cases proceed in a different manner from state criminal cases and often result in greater penalties. Before a defendant is charged with a federal crime, the prosecution must present evidence of the crime to a grand jury, who will determine if the evidence is sufficient to charge the defendant. If the grand jury determines that the evidence is adequate, the defendant will be indicted, charged, and ultimately arraigned.

In many cases, a defendant will be placed on probation following a criminal conviction and will be required to comply with the terms of the probation. If a person violates his or her probation, the probation may be revoked, and the person may be required to serve a prison term. Probation violations may be substantive, which means that the defendant has committed a new crime, or technical, which means that the defendant did not comply with the terms of his or her probation. The State is not required to prove a violation beyond a reasonable doubt. Instead, it must merely prove a violation by the preponderance of the evidence. This makes it important to retain a criminal defense lawyer in Clearwater who can fight to keep you out of prison.

Catastrophic injuries are often caused by accidents that arise from careless actions. As a result, many people who suffer injuries seek damages in a civil lawsuit that asserts a negligence claim against a defendant. To prove negligence, a plaintiff must establish that the defendant owed him or her a duty to act with reasonable care, the defendant’s behavior constituted a breach, and the plaintiff suffered harm that was proximately caused by the breach. In other words, the plaintiff must show that he or she would not have been injured absent the defendant’s breach.

Car accidents are common throughout South Florida and are among the primary causes of injuries and deaths. Most car accidents are caused by negligent driving, but they can also be caused by unsafe roads or defective vehicles, or by a combination of factors. Often, a driver who caused a car accident will try to defeat his or her liability by arguing that the injured person caused the accident. Under Florida law, however, a plaintiff who is deemed partially at fault for his or her own harm may still recover some damages.

Although traveling by motorcycle offers many benefits, it presents certain risks as well. For example, other motorists often fail to observe motorcycles and strike them from behind or turn in front of them without adequate clearance, causing a collision. Since motorcycles do not offer any external protection, the results of such accidents are often catastrophic. Victims injured in motorcycle accidents may be able to recover compensation for medical expenses, lost wages, and pain and suffering in a civil lawsuit.

Discuss Your Case with a Dedicated Clearwater Attorney

A criminal conviction or a serious accident can irreparably alter your life. Anyone charged with a crime should consult a trusted criminal defense attorney in Clearwater who can vigorously protect their rights. Victims injured by the carelessness of others should contact a personal injury lawyer who can craft a strategy for pursuing compensation. At Blake & Dorsten, we represent people throughout Pinellas, Pasco, Hillsborough, Manatee, Sarasota, and Lee Counties. You can contact us via our online form or by calling us at 727-286-6141 to set up a confidential and free meeting. 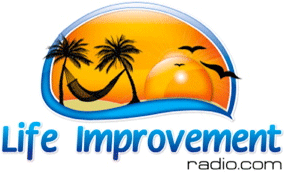 The Lawyers of Blake & Dorsten, P.A. are regular hosts on the radio program " Attorney Answers" where they answer call-in questions on personal injury, criminal and traffic law.

Tampa Bay Criminal Defense Lawyer Blog
Contact Us
Practice Areas
Client Reviews
★★★★★
Love, Love, LOVE this firm! My lawyer got my case dropped, saving me years in jail. I can't recommend them enough! T.W.
★★★★★
Blake & Dorsten saved my life! They got my license back so I could keep my job and my home. K.D.
★★★★★
I hired Nick Dorsten for my fiancé who was facing mandatory prison time. Long story short, after Nick worked on his case, my now husband ended up with only probation. This firm cares. R.R.
View More
Submit a Law Firm Client Review