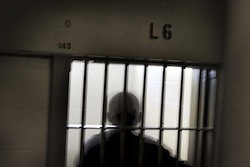 One important facet of representing clients on criminal matters is the ability to prepare for and argue on the client's behalf at Bond Hearings or Bond Reduction Hearings. In almost all cases (except capital crimes and Violations of Probation), if you are arrested and charged with a crime in the Tampa Bay area, you will be entitled to a bond. Both the United States and the State of Florida Constitution provide criminal defendants with the right to a "reasonable" bond. In the State of Florida, if you are arrested for a criminal offense, you will be brought before a Judge (usually a different Judge than the one who will ultimately handle your case) within 24 hours. All criminal offenses carry what are called "standard bond amounts," which are usually set by the booking deputies at the County Jail. If you are unable to post the standard bond amount prior to seeing the Judge for your "First Appearance" or "Advisory Hearing," an experienced criminal attorney can often assist you by convincing the Judge to lower your bond or release you on your own recognizance (often called "ROR").

If we are contacted immediately upon your arrest, an attorney from Blake & Dorsten, P.A. can appear at your "First Appearance" or "Advisory Hearing" and request that the Judge lower your bond or ROR you. When preparing for your bond hearing, the "First Appearance" or "Advisory" Judge will often consider the nature of the offense(s) that you have been charged with, the relative strength or weaknesses of the evidence against you, your "ties to the community" (such as the length of time you've been residing in the area, whether or not you have the support of local family members, and your school or employment history in the local area). The "Advisory" or "First Appearance" Judge will also consider your prior criminal history (or lack of any prior criminal record), as well as whether you are currently on any form of community supervision (i.e., probation or community control). Many times, an experienced criminal attorney can assist you (while you are in custody) to ensure that your family members, employer or other local contacts (like a rabbi/priest or sports coach) are in Court to provide a statement on your behalf. These character statements are often instrumental in convincing the Judge to lower your bond amount or release you on your own recognizance (ROR).

In certain situations (usually serious felony offenses), Blake & Dorsten, P.A. can propose non-traditional and/or creative arrangements that will make the "Advisory" or "First Appearance" Judge feel more comfortable when ordering your pretrial release. In cases where alcohol consumption is a major concern for the Judge (like a 3rd or any type of Felony DUI), the Lawyers of Blake & Dorsten, P.A. can help its clients obtain a "SCRAM" monitor (which is a small ankle bracelet that tests for the presence of alcohol in your body). In cases where the "Advisory" or "First Appearance" Judge feels that a "minimum/mandatory" penalty may make our client a flight risk, we can often voluntarily turn-in our client's passport to the Clerk of Court as a condition of any pretrial release. And in serious Drug Trafficking or Drug Offenses, Blake & Dorsten, P.A. can make an argument to the "Advisory" or "First Appearance" Judge that its client should be released (ROR'd) directly to the custody of a residential drug treatment facility. In this scenario, the client is able to begin an intensive, inpatient drug treatment program rather than sitting in the County Jail (which usually provides minimal, if any, drug treatment services).

Once Blake & Dorsten, P.A. has secured a reasonable bond on its client's behalf, we can assist your friends or family in making arrangements with a local bondsman to post your bond in a timely fashion. Almost all criminal bonds require that you (or someone operating on your behalf) sign a contract with a bondsman to post the full bond amount. Depending on the total amount of your bond(s), some local bondsman may require that you put up some form of property or "collateral" to guarantee that you will appear at all of your scheduled court hearings. Most local bond agencies require you to pay a non-refundable 10% "premium" for using their services. They will then post the entire bond amount on your behalf. Blake & Dorsten, P.A. works directly with a few of our local bond agencies and can often negotiate on your behalf to receive some favorable concessions within your contract with the bondsman (such as lessening the amount of money needed to be put down and/or whether or not the bond agency will allow you to pay your "premium" on a "payment plan").

Another option that our clients have is for them to pay a "cash bond" directly to the Clerk of Court. In this scenario (if you can afford to pay the entire bond amount), you will not have to use a local bondsman and therefore will not have to pay a non-refundable "premium" for their service. However, you and your family should know that there are some risks associated with posting a "cash bond." Most importantly, if a cash bond is posted by a friend or family member and you fail to appear for Court and/or pick up new criminal charges, that person may lose his or her money. Also, it is worth knowing that the most of the local Tampa Bay area Clerk of Courts will take any Fines and/or Court Costs that may be assessed against you on your criminal case prior to returning your bond amount (if any remains) at the end of your case.

In rare cases, certain serious offenses may require what is called a "Nebbia Hearing" before our client is allowed to post a bond on their case(s). This is often the case in Drug Trafficking and/or White Collar Crime cases. During a Nebbia Hearing, the Court will require that you and/or anyone posting the bond on your behalf must prove that the money being used to post your bond was obtained legally and that the money does not come from the alleged criminal offense that you are being charged with. For example, if you are charged with Trafficking in Cocaine, and the allegation is that you sold $10,000 worth of cocaine to an undercover agent, then the State of Florida will make its best effort to prevent you from using that illegally earned money to secure you pretrial release from jail. As a prosecutor in the Clearwater State Attorney's Office, I would frequently file a Nebbia Motion on the gang-related cases that I was prosecuting (as those cases frequently involved "dirty money").

Lastly, if you are charged with a capital crime punishable by life in prison (PBL) or the death penalty, you will most likely not receive a bond at your "Advisory" or "First Appearance" hearing. However, Florida law allows you to request what is called an "Arthur Hearing" before the Judge who will be handling your case. Depending on the severity of your charge(s), your prior criminal record and your "ties to the community," you can sometimes obtain a bond on a capital offense. However, this is generally the exception to the general rule (as you are not legally entitled to a bond like you are on less-serious, non-capital offenses).

As you can see, there are many important factors that need to be weighed and considered prior to a criminal attorney handling a bond hearing on your behalf.

If you or a loved one has recently been arrested and/or needs assistance in obtaining a bond and/or securing favorable conditions on your pretrial release, please contact criminal defense attorney Nicholas J. Dorsten Esq. and Rex R. Blake of the Clearwater-based Blake & Dorsten, P.A. at 727-286-6141.