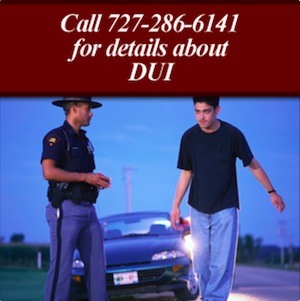 Before selecting an attorney to represent you on your DUI charge, you should ask yourself several questions. What are the attorney's qualifications? How many DUI cases have they tried? What, if any, rewards have they received? Have they been trained in the most up-to-date DUI case law? Florida DUI laws are constantly changing and familiarity with the newest case law and DUI defense tactics is a necessity.

Blake & Dorsten, P.A. will answer these questions for you. As prosecutors, we focused on and specialized in the prosecution of DUI cases. Now as Saint Pete defense attorneys , we use our knowledge to help guide you through the often complicated legal system.

Our experience prosecuting DUI cases began when Rex R. Blake, Esq. was selected to be Pinellas County's North County Traffic Court attorney back in 2004. In this position, he prosecuted thousands of DUI and traffic-related offenses. He was also able to research and argue dozens of DUI-related motions, many of which were on the cutting-edge of DUI law.

After his stint in Traffic Court, the attorneys quickly earned a solid reputation as advocates who were not afraid to try a DUI case before a jury. The lawyers at Blake & Dorsten, P.A. were asked to participate in several of the Florida Prosecuting Attorneys Association's DUI Trial Advocacy Schools. In this role, they evaluated, critiqued and help teach the State's new prosecutors the fundamentals of DUI prosecution. They were also requested to sponsor and write recommendations on behalf of some of our local DUI officers which led to them attending the Drug Recognition Expert (DRE) School in Jacksonville and becoming certified Drug Recognition Experts.

As they rose through the ranks at the State Attorney's Office, they both were able to prosecute all types of criminal cases. However, they never stopped enhancing their DUI practice. As prosecutors, they handled some of the most aggravating and serious DUI and traffic-related cases including, but not limited to, DUI Manslaughters, DUI with Serious Bodily Injury cases, Leaving the Scene of an Accident with Death cases and Vehicular Homicide cases.

So, when you select an attorney to represent you on your DUI case, make sure they have the requisite training and experience in the ever-changing field of DUI law.

If you've been arrested for a second-time or more DUI, you only have 10 days to appeal your license suspension. You need to act now!!

Have you or a loved one been arrested for Driving Under the Influence in Saint Petersburg, Clearwater or Tampa Bay? Please contact Blake & Dorsten, P.A. to answer your DUI-related questions and provide you with the most current state of the law.

As you can see, navigating your way through the complexities of a DUI case can be a big challenge. That's why you need an experienced criminal trial attorney who has handled thousands of DUI cases.

Contact Us
Practice Areas
Tampa Bay Criminal Defense Lawyer Blog - DUI & BUI
Client Reviews
★★★★★
Love, Love, LOVE this firm! My lawyer got my case dropped, saving me years in jail. I can't recommend them enough! T.W.
★★★★★
Blake & Dorsten saved my life! They got my license back so I could keep my job and my home. K.D.
★★★★★
I hired Nick Dorsten for my fiancé who was facing mandatory prison time. Long story short, after Nick worked on his case, my now husband ended up with only probation. This firm cares. R.R.
View More
Submit a Law Firm Client Review