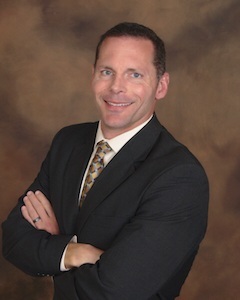 A proud member of the National Trial Lawyers Top 100 trial attorneys and the National Association of Distinguished Counsel Top one percent of lawyers, Nicholas Dorsten was born and raised in Ohio. He obtained his B.A. degree from Kent State University, majoring in History and even played a little football for the Kent State “Golden Flashes”. While at Kent, he was lucky enough to be part of an academic fraternity and receive the Kent State athletic/academic award banquet membership.

After college, he chose to follow in his father’s footsteps by becoming a lawyer. He enrolled in law school at the University Of Toledo School Of Law, where he received a full scholarship. At this school, he participated in a local law review and several moot court presentations.

During law school, Nicholas Dorsten utilized his summers gaining criminal law experience with the hope of becoming a prosecutor upon graduation. After the first year of law school, he was privileged to clerk for a local leading judge. After his second year of law school, he became a certified legal intern in Toledo, trying and resolving criminal cases. The experience gained in these positions allowed him to be chosen, and sworn in, as an Assistant State Attorney in the State of Florida.

Over the next five years, he quickly rose through the ranks at the Pinellas and Pasco State Attorney's Office. This progression allowed Nicholas to prosecute a wide variety of criminal cases. As an Assistant State Attorney, he held positions such as a Lead Trial Attorney, a Felony Domestic Violence attorney and a Child Abuse/Sex Crimes attorney.

After five years of public service at the State Attorney's Office, he elected to work with a leading Personal Injury Attorney in the Tampa area. He attended numerous personal injury seminars and workshops where he honed his trial skills. During his time at that office, Nicholas traveled throughout the state of Florida, trying numerous personal injury and car accident cases. During his time at the firm he won or settled millions of dollars’ for his numerous injury clients.

After that, it was time to utilize his vast array of training and experience to help protect the rights of everyday citizens that have been accused of wrongdoing. These rights, that he swore to uphold and abide by as an Assistant State Attorney, are the bedrock of our criminal justice system. They are the foundation upon which our system rests. Without an experienced criminal and personal injury trial attorney to protect your rights, the system will be stacked against you. Blake & Dorsten knows that from the inside out. Nicholas has since defended numerous high-profile cases throughout Pinellas and Hillsborough. He has been featured in The Tampa Bay Times, Bay News 9, and local NBC, ABC, CBS and Fox affiliates.

Client Reviews
★★★★★
Love, Love, LOVE this firm! My lawyer got my case dropped, saving me years in jail. I can't recommend them enough! T.W.
★★★★★
Blake & Dorsten saved my life! They got my license back so I could keep my job and my home. K.D.
★★★★★
I hired Nick Dorsten for my fiancé who was facing mandatory prison time. Long story short, after Nick worked on his case, my now husband ended up with only probation. This firm cares. R.R.
View More
Submit a Law Firm Client Review