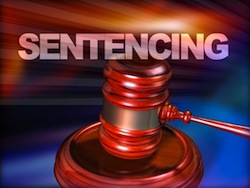 When you are charged with a Felony offense in the State of Florida, the State Attorney's Office will prepare your Criminal Punishment Code "scoresheet," which will provide the Court with a range of permissible sentencing options on your case(s). Florida Statute S921.002 states that: "The Criminal Punishment Code shall apply to all felony offenses, except capital felonies, committed on or after October 1, 1998."

According to the Florida Legislature, the "sentencing guidelines" embody the following principles:

After scoring the "primary offense" on the Offense Severity Ranking Chart, as well as any "additional offenses" and/or "prior record," there are a few other sections on the second page of the scoresheet that can often add additional sentencing points to an offender's sentencing guideline range. These include:

Prior Serious Felony Points are assessed if the offender has a primary offense or any additional offense ranked in Level 8, Level 9, or Level 10, and one or more prior serious felonies. If so, a single assessment of thirty (30) points shall be added to the offender's scoresheet.

Prior Capital Felony Points are assessed if the offender has one or more prior capital felonies.

Drug Trafficking: If the primary offense is Drug Trafficking under Florida Statute S893.135, the subtotal sentence points are multiplied, at the discretion of the court, for a level 7 or level 8 offense, by 1.5. However, the state attorney may move the sentencing court to reduce or suspend the sentence of a person convicted of a Level 7 or Level 8 offense, if the offender provides substantial assistance as described in Florida Statute S893.135(4).

Offense Related to a Criminal Gang: If the offender is convicted of the primary offense and committed that offense for the purpose of benefiting, promoting, or furthering the interests of a criminal gang as prohibited under Florida Statute S874.04, the subtotal sentence points are multiplied by 1.5.

If you've made it this far through our Sentencing page, you now know that there are various sentencing issues that can apply to each case. These issues can include sentencing Departures, sentencing Enhancements and/or sentencing Multipliers. Because Felony sentencing in the State of Florida is an extremely complicated, yet important aspect of any criminal case, you'll need a criminal defense attorney that has experience applying these rules while navigating their clients' cases through this confusing and tangled web.